Cold Brew Coffee has been on a rocket ship rise for past couple years and is now a staple in the Southern California Coffee industry. Cold Brew is most popular with the younger millennial demographic.

Recent research has shown that a majority of cold brew drinkers still prefer it year round, rather than just as a seasonal refresher during hotter months.

What exactly is cold brew?

It is coffee that brewed in cold water for approximately 12 to 24 hours depending on the taste the creator is trying to achieve.

Generally, this coffee has a much higher concentration of caffeine compared to traditionally brewed coffee. This is because after the coffee is steeped, you are left with a coffee concentrate that is then cut with water.

Luckily, cold brew coffee is less acidic because coffee grounds, or more specifically the various oils, acids, and other aromatic molecules, are most easily extracted at about 195-205 degrees. When you create coffee at room temperature, less acid forms, which is what typically gives hot coffee its signature bite. 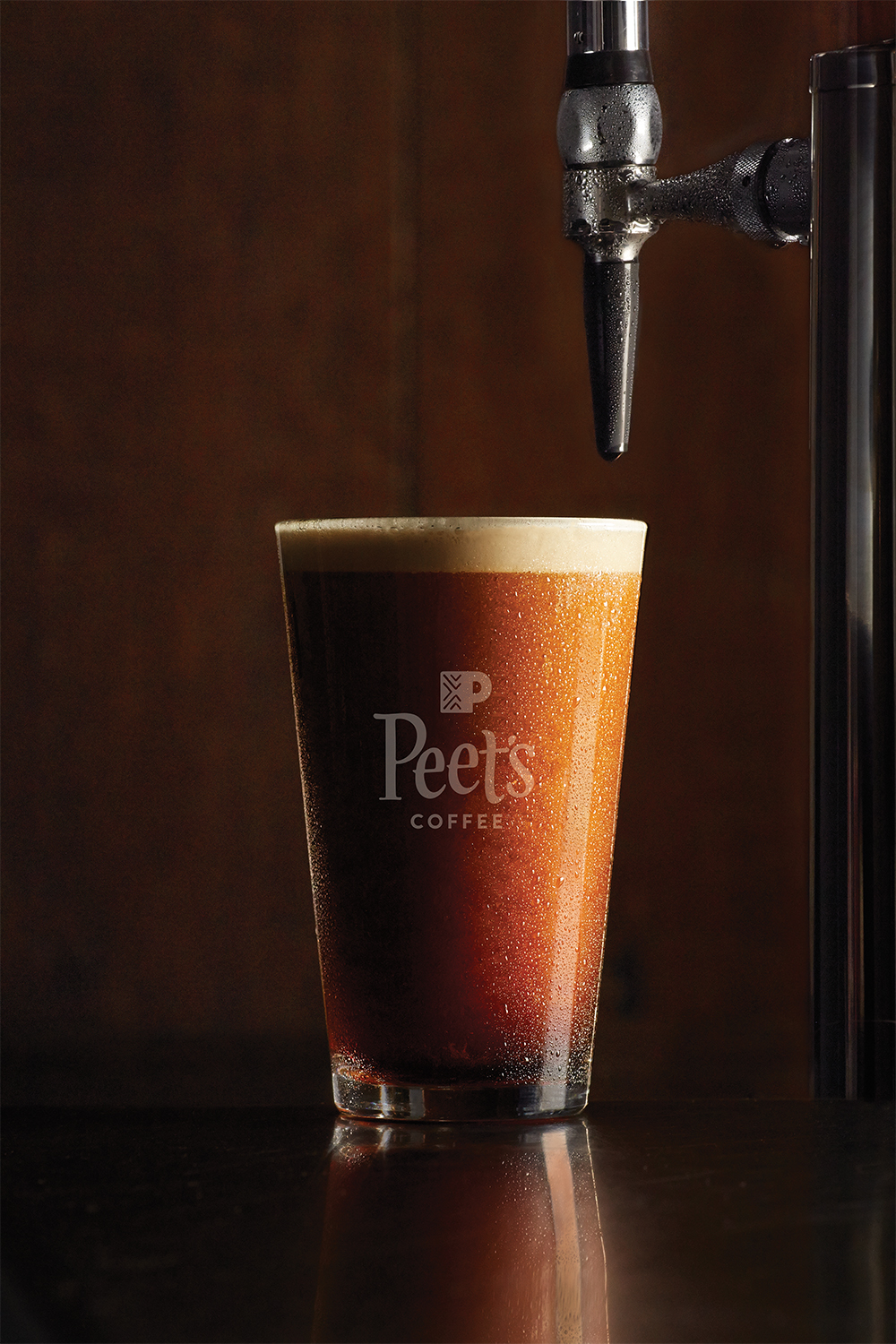 Riding this recent wave of popularity, Peet’s coffee is now rolling out their version of cold brew to offices all across California. There will be two versions that will be served through a tap kegerator.

It is made up of freshly ground Baridi Blend steeped with cold water for 12 hours to produce a sweet, smooth, and refreshing iced coffee without the acidity or bitterness.

This cold brew is nitrogen infused Baridi Blend. It consistently delivers a smooth, creamy, and rejuvenating pour in every cup. 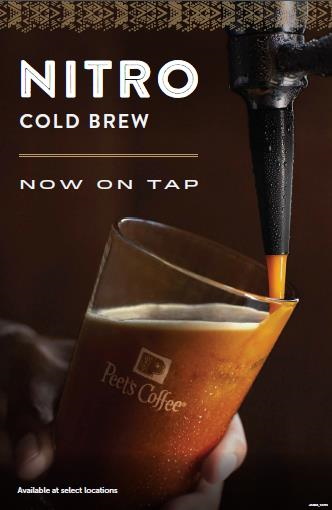